The failed poverty alleviation programmes in Uganda. From Entandikwa to OWC to Emyooga and the need for a different appraach 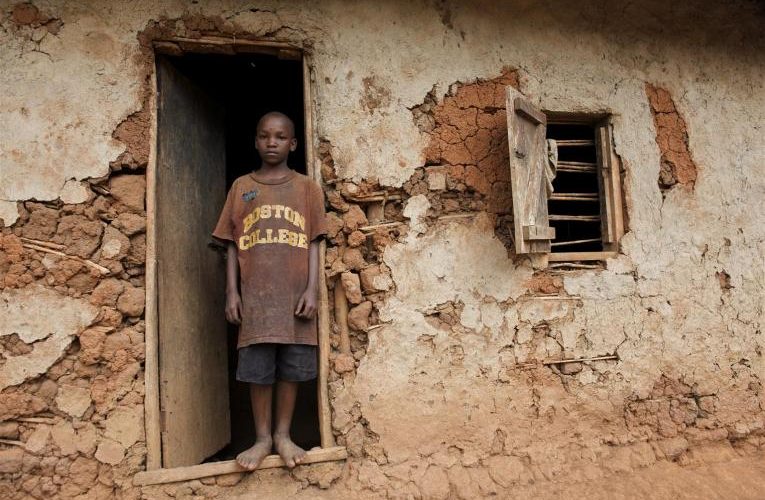 Truth be told Uganda’s poverty alleviation programmes have been a resounding failure mainly due to the mistake of letting corruption gain a foothold in Uganda. Right from 1986 when the National Resistance Movement (NRM) took over power, it sought to end youth unemployment and reduce poverty amongst Ugandans. The NRM government has reduced poverty to a certain degree but a substantial percentage of Ugandans still live in poverty. In spite of the significant inroads against acute poverty, the NRM government has completely and miserably failed to create jobs for Ugandans. This has led to sky high unemployment amongst the youth in Uganda. As of 2020, more than seventy five percent of the youth of working age are unemployed and more than eighty five percent of university graduates can not find a job many years after graduation. The various failed attempts at poverty alleviation started with the Rural Farmers Scheme in the early 1990s.

Rural Farmers Scheme
The NRM government first failed attempt at poverty alleviation was the Rural Farmers Scheme (RFS). RFS funds were channelled through the now defunct Uganda Commercial Bank (UCB). Under RFS the farmers were never given cash and instead they were grated credit was in form of inputs. RFS later gave out funds for weeding the crop and harvesting them but due to corruption most of the farmers who took the inputs and planted the crops failed to get the promised cash to pay for weeding and harvesting labour. As a result the bank was unable to recover the money and the scheme slowly died out.

Entandikwa
When RFS died a quiet and miserable death it was replaced with Entandikwa. Under the entandikwa, programme, money was loaned to the farmers so that they could set up income generating activities such as poultry, beekeeping or crop production. However, instead of taking the money as a credit facility, the farmers perceived the money as a gift from the government and never really understood that it was a credit facility. In most instances the beneficiaries were chosen for their perceived support of the NRM government and those that got the money had to pay bribes to become beneficiaries or were required to pay kick backs to government officials who helped them get the money. Most of the farmers hypothesed that it would be Politically toxic for the government to confiscate their land or bibanja or to imprison them for failure to repay the loans. In the circumstances most of the farmers  used the money for personal purposes most commonly consumption and never paid it back.

Bonna Bagaggawale (Prosperity for All)

Soon after the demise of Entandikwa programme, the state started the prosperity for all (Bonna Bagaggawale) programme. This programme was launched in February 2007 as an all encompassing program aimed at boosting the country’s economy through measures such as microfinance, increased production, agroprocessing and marketing. It’s main component was Saving and credit cooperative societies that would encourage saving and provide affordable credit to citizens. However with the creation of such cooperative came unscrupulous Ugandans such as COWE and others that defrauded Ugandans. Agroprocessing and Saccos were mildly successful and continue to be championed by the government of Uganda. However Agroprocessing has remained on a small scale and it has not created the transformation that the NRM government hoped for. The programme was plagued by the same problems of corruption, illiteracy, selfish tendencies and inadequate investment by the state as earlier programmes.

After the demise of Prosperity for all programme, NAADs took over the mandate of providing inputs, markets and extension services to farmers. Once again the initiative was plagued by corruption including sub contracting of unscrupulous individuals to provide seedlings and other in puts. The contracts to supply seedlings and other inputs ended up in the hands of connected individuals in government and NAADS paid inflated prices for low quality inputs especially seedlings and hiefers. At one point public officers employed by NAADs would purchase cross bred hiefers from Ugandans and pass them off as exotic hiefers thereby charging government the price of exotic hiefers yet the supplied product was a local breed. Soon outcry by the public about the corruption and inefficiency at NAADS made the president realize that it was not making inroads against poverty and he replaced it with Operation Wealth Creation.

After years of grand corruption at NAADS, president Tibihaburwa created Operation Wealth Creation managed by the army after concluding that civilians were irretrievably corrupt. OWC took over the procurement and distribution of agricultural in puts to with the aim of improving the livelihoods of Ugandans through promoting commercial agriculture. However, OWC was not the magic wand that the president had hoped for Soon it became clear that the soldiers were as corrupt and inefficient as the civilians. Members of the public continued to complain of poor quality inputs, favoritism and corruption in the distribution of the inputs and delay in the distribution of seedlings. You would think that after all these failures the NRM government would seek a new solution but then came the Presidential Initiative on Wealth and Job Creation (Emyooga).

During the 2021 Presidential compaigns OWC was replaced with the Presidential Initiative on Wealth and Job Creation (Emyooga). Emyooga claims to employ the Parish Model programme in which some money will be placed at the parish council to be used to provide loans to farmers and other groups, especially the Savings and Credit Cooperative Societies. As of 2021, the Micro Finance Support Centre which is implementing the project claims that more than 8,500 Savings and Credit Cooperative Societies have been supported with Ushs 30m each. Optimistically, the cooperatives could reduce the credit gap and lead to increased access to affordable credit. As a driver of access to affordable credit, emyooga could prove successful. Only time will tell. However, as a job Creation initiative, Emyooga is ill suited to the task because the most borrowers borrow for personal purposes. There is no system in place to ensure that credit will be utilized for investment and even if it were, the unemployed problem is so big that 400bn is a very small investment such that it can not realistically make a difference. I for one I doubt that any one outside the crooks around the president think that this is the magic wand that will finally alleviate poverty in Uganda. The first question on my mind is, does emyooga address the weaknesses of the previous programmes: For example.

At ug4ug job Creation Cooperative Society Ugandans are the funders of the wealth and job Creation. They are directly invested in the cooperative society by contributing its capital and owning the investments made by the cooperative Society. The society is structured to be funded at a large scale, eventually amounting to trillions of shillings. The funding is to be solicited from Ugandans, donors and the state itself.

Upon having the required scale, ug4ug is structured to provide affordable credit, fund innovation directly and invest in labour intensive projects that create jobs and wealth. Imagine if MTN were owned by Ugandans, we would create 160bn in profits every year to be distributed to shareholders or reinvested in job Creation. Further, imagine the jobs we would create on top of the equity and wealth. Also, imagine if Stanbic bank was owned by Ugandans and much more. These labor intensive projects are what we would concentrate on in order to ensure that each investment generates high quality jobs.

Privately owned entities are less prove to corruption than government owned enterprises. This was recognized long time ago and this realisation led to the privatisation of most government enterprises. Uganda Telecom is a cautionary tale that government has no business running a business. New vision is one of the few state owned enterprises making a profit due to limited state interference but even it is choking under the heavy yoke of political correctness. Ug4ug being a privately run enterprise owned by shareholder will not suffer from the illnesses of government enterprises. The shareholders will exert a moderating influence over it and reduce political considerations that choke public enterprises. Being a privately run enterprise, it will not be scared of recovering credit facilities or selling the property of borrowers. Beneficiaries will clearly draw a distinction between ug4ug and the state and be unable to perceive it as a reward for supporting the state.

Ug4ug job Creation Cooperative Society is founded on a principle of zero tolerance for corruption. This is easier said than practiced but its founder has zero tolerance for the vice of corruption advocates for both the death penalty for corruption and a corruption adjustment tax to remedy three decades of plunder of public resources. None of the promoters of the cooperative Society are involved in previous corruption scandals or in the management of previous illfated poverty alleviation and job Creation programmes.