Strengthening the separation of power in Uganda. Preventing MPs from serving in the executive will strengthen the Independence of the parliament of Uganda 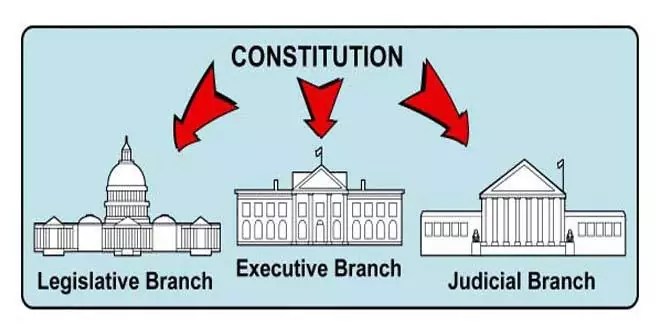 Separation of powers is a legal principle that divides the state into three branches and assigns each organ of the state different but complementary powers. It dictates the fundamental balances of power between the three branches of the Government. The seperation of power is necessary to ensure that one branch of the government doesn’t overpower the others and become dictatorial or oppressive. The idea is that each branch of government has its own separate roles and areas of authority independent of each other. The seperation of power was coined by French jurist, Montesquieu in 1748. He proposed the theory that ‘there can be no liberty’ without sufficient checks and balances against the power of the Government. He explained that “everything would come to an end if the legislative, executive and judicial powers of government were to be exercised by the same person or authority” (L’Esprit des Louis 1748)

Montesquieu was right in 1748, he has continuously been proven right more than two hundred years later and will continue to be right to the end of time. When power is concetrated in the hands of one person, the corrupting influence of power leads that person to abuse it because there is no one to act as a check against abuses of the power. Such a person is the law itsself with the power to do anything he or she pleases. Such a person can levy taxes, collect the taxes, spend the revenue, declare war, end war and do anything imaginable without the need to consult or answer to any one. The nearest example of such a person is God himself and the days of God’s anger teach us one thing, we are alive because of his mercy. The other closest comparison to such a person is man in the state of nature whereby he was his own judiciary, legislature and executive. However, the fact that man’s life in the state of nature was short, chaotic, cruel, brutal and archaic should show us the magnitude of the calamity that can arise from the fusion of the executive, judiciary and legislature. In the two last centuries, states that were unlucky enough to experience the fusion of the branches of the state such as Cuba, Zimbabwe, North Korea, Germany, Italy and many others are the cautionary tale of how right Montesquieu was in 1748. The ground in those countries and others that have gone through such brutal dictatorship is soaking with the blood of the innocent.

In the most basic application of the seperation of power it might require that executive, legislative and judicial power to be vested in different individuals to prevent the risk of fusion of the powers and thus undermine the seperation of power. Bradley Ewing (2007) argues that the separation of powers may require, depending on interpretation, that the holders of the three powers must be separate or distinct individuals; that one of the three powers does not control the work of another; or that one organ of government should not exercise the powers of another. However, he concedes that keeping all three roles completely separate is both theoretically and practically impossible.

“To anyone accustomed to the notion that the law-giving powers of the people are reposed by them in Parliament, it may come as a surprise to learn that since 1915 the Legislature appears to have surrendered these powers to the Executive as regards such matters as are covered by this section; and that not content with delegating its principal function to the Governor-General, it has purported to sign a blank cheque and to ratify in advance whatever he shall do by regulation, even if it is in conflict with the express provisions of the Education Act itself. In construing a section which at first sight may appear to carry self-abnegation so far, the Court will strive to give it a restricted interpretation, preferring to regard Parliament as not having made any more complete surrender of its powers than must necessarily follow from the plain words used.”

The non-delegation doctrine is a principle in administrative law that parliament cannot delegate its legislative powers to other entities. According to the Supreme Court in A.L.A. Schechter Poultry Corp. v. United States, 295 U.S. 495 (1935), Congress is not permitted to abdicate or to transfer to others the essential legislative functions with which it is thus vested.” The prohibition extends to parliament delegating its powers to administrative agencies or public officers or private organizations. The rule only allows parliament to delegate the power to clarify a broad mandate that parliament has already specifically provided for. For example parliament can impose a fee and leave it to the administrative agencies to set the quantum of the fee or parliament can impose an exception and allow the implementing agency to set the procedure for granting the exception. In J.W. Hampton v. United States, 276 U.S. 394 (1928), the Supreme Court clarified that when Congress does give an agency the ability to regulate, Congress must give the agencies an “intelligible principle” on which to base their regulations. However, this standard has been criticized as being quite lenient, and has rarely, if ever, been used to strike down legislation. For example in Her Majesty’s Treasury v Mohammed al-Ghabra. The treasury froze the money and all assets of three suspected terrorists who had not been officially tried or charged. The suspected terrorists appealed to the UK Supreme Court claiming the Treasury had gone beyond its powers as they did not have Parliamentary legislative approval to freeze suspected terrorists’ assets. The UKSC judgment upheld the appeal stating the treasury needed legislative approval through an act of parliament to be able to take such extreme measures. Therefore, unless a specific rule making power is delegated to the executive by parliament, actions that have a serious impact on the rights of individuals must be approved by Parliament. The executive can not undertak such consequential action by executive action alone. For example a rule without a mechanism to challenge it would be unlawful because there must come a point when the intrusion upon one’s rights is so great, so overwhelming and so timeless that the absence of any effective means of challenging it means that this can only be brought about under the express authority of Parliament

Both the executive and parliament have extensive powers and in the seperation of power they are supposed to act as a check on each other’s powers. The judiciary controls neither the armed forces nor the purse but parliament has the power of taxation and appropriation. On the other hand, the executive controls the armed forces and enforces the law. The two powerful branches of Government are supposed to act as a check and balance to each other to ensure that neither is too powerful so as to over ride individual Rights.

When the representatives of the will of the people are bribed by awarding them executive positions, they becoming part of the very body they are supposed to provide oversight. In such circumstances, the seperation of power becomes meaningless and the victim is the citizens and the rule of law. If parliament is independent and proactive it will exercise it’s legislative and oversight functions very well. Even in powerful democracies such as the United States partisan polarisation is threatening the oversight and legislative function of parliament even though there is no fusion of the executive and parliament. This situation should teach young democracies like Uganda to preserve the Independence of parliament by ensuring that members of Parliament are not part of the executive.