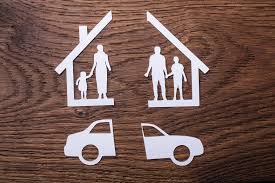 Equity demands that the contributions of both spouses be financial or none financial should be considered. So facially the reasoning of the court of appeal should be the correct position of the law of Uganda given constitutional guarantee of equality and protection against discrimination but many misguided commentators and judicial officers refuse to accept that position. One such person is James Tamale who argues that the court of appeal was wrong in holding that a spouse’s share in the matrimonial property is dependent on his/her contribution to it, and, that it misapplied the object/rationale for awarding a spouse a share in the marital property. He argues that a share in marital property is awarded to the other spouse as a form of spousal support designed to avoid rendering a financially disadvantaged spouse into a public charge or a burden on the state’s resources for one’s welfare and maintenance.

I disagree with Tamale, firstly because spousal support is distinct from a share of the matrimonial property. It’s true that spousal support is meant to prevent the other spouse from becoming a public charge upon divorce. This state interest in ensuring that the stronger spouse continues to support the weaker spouse so that he or she does not become a burden on public welfare may justify forcing the stronger spouse to support a person he or she nolonger wants in his or her Life. However, as noted by Tamale, Uganda does not have welfare programs except for free Healthcare. It is doubtful that this justification is strong enough to override the property rights of the financially stronger spouse but weaknesses in the judicially have made revolutionary and common sense rulings few and far between. So we reluctantly agree that the state interest can allow payment of spousal support to the weaker spouse to ensure that he or she does not become a burden of public resources. Secondly because spousal support doesn’t distinguish between property acquired during the subsistence of the marriage and that acquired before. Spousal support once payable can be paid using any property belonging to the financially stronger spouse whether acquired during or before the marriage. Thirdly, Tamale is wrong because, during the twentyth century and part of the twenty first century the quantum of spousal support depended on level of fault by each of the spouses but a share in the matrimonial property did not.

Fourthly, a share in matrimonial property is awarded to the spouse on the basis that each spouse has in some way contributed to the acquisition of jointly acquired property. This share is not granted as spousal support or maintenance. The two rights are distinct and matually exclusive to the point that a spouse can be denied spousal support or maintenance but granted a share in matrimonial property. There are situations for example where both couples are both able to maintain themselves but have matrimonial property that has to be divided between themselves or circumstances where couples have purposefully kept their finances separate. If Tamale’s position were correct in each of these situations whomever has more resources would be obliged to share them with the other in some sort of balancing act.

The solution provided by the Court of Appeal in Ambayo Versus Aserua Civil Appeal No. 100 of 2015 is not satisfactory as well. The court summarized the principles applicable to matrimonial property as follows:

If the court can consider the contribution of the financially stronger spouse to the education of the financially weaker spouse why can’t it consider his or her contribution to his or her welfare, paying for his or her financial responsibilities and her or his assets and liabilities. Assume that spouse B helped her spouse to acquire property, educate his siblings, meet the financial needs of his parents and acquire his assets, should her contribution to him be considered in the division of matrimonial property. Should court limit itself to his contributions in maintaining the home, performing house work and looking after the children. The flaw with the decision of the court appeal’s decision is that it limited its reasoning to support rendered for education purposes yet there are more consequential contributions one spouse can make to the other than education.

Neither the Marriage Act nor the Common law demand that matrimonial property should be divided equal though equity presumes equal share as a starting point. It has always been the law that an equal share is the starting point for the division of the matrimonial property before considering the respective equities of the parties. The inquiry extends to the respective contributions of each spouse to both the property and each other whether financial or none financial. The court of appeal by stating that a spouse is not entitled to an automatic half share is just a change of terminology. The rule has always been that spouse’s share depends on the respective equities between the parties.