Roadmap to recover Public properties sold by the Government of Uganda in corrupt bargains in the dark of the night. 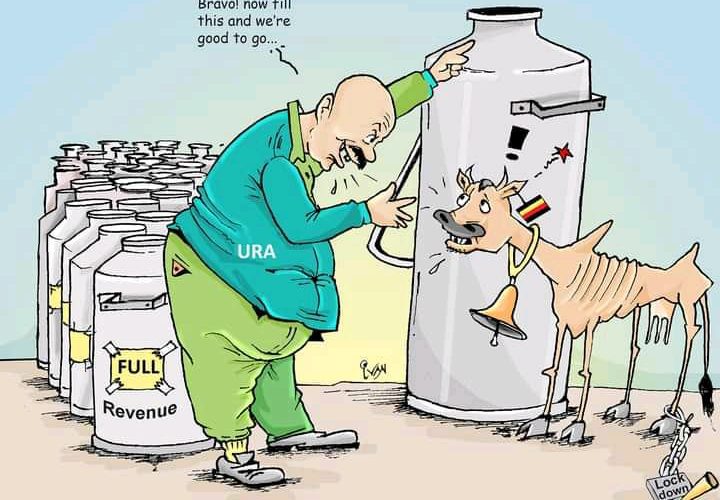 Over the years, public officers in the Government of Uganda have sold state properties in corrupt bargains without proper oversight and sufficient safeguards. Examples of such land includes the Nawaka estate, Kibuli Police Barracks, Shimon Primary school land and very many other state owned properties. The executive sold these state properties without proper oversight and accountability often to nominees of high ranking Government officials in corrupt bargains.

The pertinent question is whether the executive has unlimited powers to sell state property without the involvement of Parliament and if so, is a corrupt sell of state property voidable?. We shall start with first principles regarding the nature of relationship between the citizens and the Government. Under the social contract theory of the state, the Government represents the will of the people and is accountable to them at the ballot box. However, the social contract theory presumes a Government based on the consent of the governed, which is not always the case in many African countries. Assuming, the central premise of the social contract theory to be valid, then the Government holds state property on trust for the people. This is called the public trust doctrine. A limited version of the public trust doctrine enshrined in Article 237 (2) (b) of the constitution. This article states that:-“The Government or a Local Government as determined by parliament by law, shall hold in trust for the people and protect, natural lakes, rivers, wetlands, forest reserves, game reserves, National parks, and any land to be reserved for ecological and tourist purposes for the common good of all citizens:

In ACODE v Attorney General and another the High Court held that Government has no authority to lease out or otherwise alienate it natural resources on the basis of the public trust doctrine. However, Government or a local government may grant concessions or licenses or permits in respect of land held under trust with authority from parliament and with consent from the local community in the area or district where the reserved land is situated.

On the surface the public trust doctrine enshrined in Article 237 of the Constitution seems to be limited to natural resources. It is strained interpretation to suggest that all state owned land or properties qualify as natural resources. However the public trust doctrine is inherent in the Constitutional framework and the social contract theory. The state is a creature of individuals meant to exercise limited powers for the benefit of individuals most especially to protect the rights and security of individuals. Any property vested in the state is not owned by public officers who hold state power but held by them on trust for the citizens who hold ultimate authority over it. Under the social contract theory the individuals can alter the social contract and reverse all decisions and transactions entered by the government on their behalf. This therefore, means that ultimately, the Government holds state owned property on trust for the people regardless of the extent of Article 237.

Under the social contract theory the citizens can reserve such corrupt transactions by Constitutional amendment without the need to prove breach of trust or fraud. The legislative powers of Parliament are so wide that it can adjust the rights and rights of individuals through legislation provided that it does not take private property without compensation. A taking only occurs where property is burdened by legislative action to the point of having no viable economic or other value or use. Therefore, even using ordinary legislation parliament can reverse a large percentage of the corrupt sale of state owned properties. The most viable alternative is through the using of its taxing power which is very broad. However, under the social contract theory, constitutional amendment can effectively nationalize all property or certain property without compensation. Individuals can in extreme circumstances, decide to erase everything and start from scratch.