In Uganda many men and women during time of joy, happiness and love transfer properties to their spouses, children and relatives. Sometimes it is because they are blindfolded by love and some other times they are trying to hide the extent of their wealth for one reason or another. The reasons for registering property in the name of a spouse or a child are numerous but the most common one are the two above and trying to put property beyond the reach of a spouse during potential divorce proceedings. Sometimes the reasons involve hiding illicitly acquired wealth and other fraudulent purposes but that is a concern for another day.

In Uganda, outside divorce proceedings you are entitled to claim a share in the property of registered to or owned by another person whether a spouse, child, relative or a complete stranger on the basis of contribution to the acquisition of the property. This is referred to as a resulting trust. You can also claim an interest in the property registered to or own by another person on the basis of a contribution to the repair or improvement of the property as a result of a common intention that you would acquire an interest in the property. This is referred to as a constructive trust.

During divorce proceedings spouses are entitled to share in matrimonial property depending on their contributions during marriage. The contributions of a spouse during marriage need not be financial. There is no hard and fast rule of what constitutes marital property. According to the Supreme Court in Rwabinumi v Bahimbisomwe (Civil Appeal-2009/10,

It is not true that your property that you own before exchanging the vows in Church becomes joint property or marital property. It is also not true that all property that you acquire during the subsistence of the marriage becomes marital property. Both a man and a woman can acquire and own individual property during the existence of the marriage. According to Justice Kisaakye while Article 31(1) (b) of the Uganda Constitution (1995) guarantees equality in treatment of either the wife or the husband at divorce, it does not, in my opinion, require that all property either individually or jointly acquired before or during the subsistence of a marriage should in all cases, be shared equally upon divorce.

According to Halsbury’s Laws of England a constructive trust attaches by law to specific property which is neither expressly subject to any trusts nor subject to a resulting trust but which is held by a person in circumstances where it would be inequitable to allow him to assert full ownership of the property against a person who contributed to its improvement with the owners express or implied consent or when the owner had constructive or actual knowledge of the third party. For example a stranger who receives property in the circumstances where he has actual or constructive notice that it is trust property being transferred to him in breach of trust will, however, also be a constructive trustee of that property.

A constructive trust arises by operation of law whenever the circumstances are such that it would be unconscionable for the owner of property (usually but not necessarily the legal estate) to assert his own beneficial interest in the property and deny the beneficial interest of another. In the first class of case, however, the constructive trustee really is a trustee. He does not receive the trust property in his own right but by a transaction by which both parties intend to create a trust from the outset and which is not impugned by the plaintiff. His possession of the property is coloured from the first by the trust and confidence by means of which he obtained it, and his subsequent appropriation of the property to his own use is a breach of that trust. Well-known examples of such a constructive trust are McCormick v Grogan (1869) LR 4 HL 82 (a case of a secret trust) and Rochefoucald v Boustead [1897] 1 Ch 196 (where the defendant agreed to buy property for the plaintiff but the trust was imperfectly recorded)

A resulting, implied or constructive trust—and it is unnecessary for present purposes to distinguish between these three classes of trust—is created by a transaction between the trustee and the cestui que trust in connection with the acquisition by the trustee of a legal estate in land, whenever the trustee has so conducted himself that it would be inequitable to allow him to deny to the cestui que trust a beneficial interest in the land acquired. And he will be held so to have conducted himself if by his words or conduct he has induced the cestui que trust to act to his own detriment in the reasonable belief that by so acting he was acquiring a beneficial interest in the land.”

Resulting trust. Making contributions to the acquisition of the property

Where there is a voluntary transfer of property to another with consideration there is a presumption of a resulting trust by equity. The presumption requires the recipient to show there is intention of a gift. However as a result of Section 60 (3) of the Law of Property Act 1925, in the UK, this presumption does not apply in the case of voluntary transfers of land. This concept was further demonstrated in the case of Ali v Khan [2002] (EWCA Civ 974). In Uganda there is no corresponding section that removes the presumption.Lord Browne-Wilkinson in Westdeutsche Landesbank Girozentrale v Islington LBC [1996] AC 669) the presumption of resulting trust is rebutted by evidence of any intention inconsistent with such a trust, not only by evidence of an intention to make a gift. 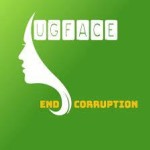 Isingoma Peter holds a Masters Degree in Law from Makerere University, is an Advocate of the High Court, Corruption Investigator and an Advocate for Equal Protection of the Law