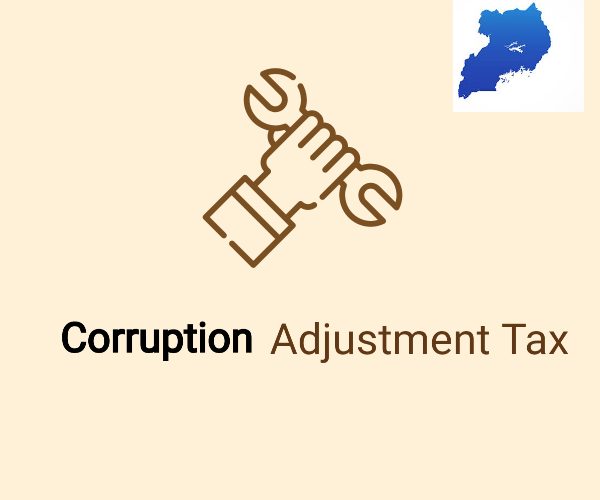 DISCRIMINATION BETWEEN PENSIONIONABLE AND NONE PENSIONABLE PUBLIC OFFICERS
Section 1 of the Equal Opportunities Commission Act, 2007 defines discrimination as any act, omission, policy, law, rule, practice, distinction, condition, situation, exclusion or preference which, directly or indirectly, has the effect of nullifying or impairing equal opportunities or marginalizing a section of society or resulting in unequal treatment of persons in employment or in the enjoyment of rights and freedoms on the basis of sex, race, color, ethnic origin, tribe, birth, creed, religion, health status, social or economic standing, political opinion or disability. Discrimination is prohibited by article 21 of the constitution which provides verbatim as follows:
1) All persons are equal before and under the law in all spheres of political, economic, social and cultural life and in every other respect and shall enjoy equal protection of the law.

2) Without prejudice to clause (1) of this article, a person shall not be discriminated against on the ground of sex, race, color, ethnic origin, tribe, birth, creed or religion, social or economic standing, political opinion or disability.

3) Or the purposes of this article, “discriminate” means to give different treatment to different persons attributable only or mainly to their respective descriptions by sex, race, color, ethnic origin, tribe, birth, creed or religion, social or economic standing, political opinion or disability.

This article seems to embody two freedoms, one against discrimination and another of equal protection of the law, however they are actually one right to equal protection of the law expressed differently. It creates hypothetical equality before the law for all categories of people rich poor, weak, small, large, strong etc. It stipulates that those individuals who are in similar situations should receive similar treatment and not be treated less favourably simply because of a particular ‘protected’ characteristic that they possess or due to some categorization. Non-discrimination law stipulates that those individuals who are in different situations should receive different treatment to the extent that it is needed to allow them to enjoy particular opportunities on the same basis as others .
Government action (in this case a law) discriminates if it classifies people and provides different treatment to the classifications without a rational basis. The Government action can classify individuals directly (facially) or indirectly and consequently give them different treatment. An example of a law that classifies facially (directly) is one that requires that all UNRA employees must speak Runyankole, it classifies people into runyankole speakers and none runyankole speakers whereas a law that classifies indirectly would be one that requires that all UNRA workers be five feet or less (more men than women are likely to be more than five feet). Where a law is facially neutral but creates a disparate impact in operation, to successfully challenge it an individual must show that the government intended to discriminate against the affected group.
ACCEPTABLE DISCRIMINATION
Not all classification and differential treatment is illegal or “discriminatory” because the law allows certain types of discrimination which have a rational basis. Article 21(4) of the constitution its self allows some form of discrimination. It provides that nothing in this article shall prevent Parliament from enacting laws that are necessary for—
a) implementing policies and programmes aimed at redressing social, economic, educational or other imbalance in society; or
b) making such provision as is required or authorised to be made under this Constitution; or
c) Providing for any matter acceptable and demonstrably justified in a free and democratic society.
In addition it has been judicially considered that parliament may treat individual differently provided that the restrictions on the right to equal protection of the law serves or protects a legitimate and fundamental state interest, is reasonable and does not unduly burden the right to equality. For example parliament may put in place affirmative action programs , may grant longer maternity leave than paternity leave, may exempt certain officers from taxation, and may tax individually different from corporate entities , among others.

DISCRIMINATION
Equality before the law does not imply actual equality but means that all individuals who are similarly placed should be treated the same way regardless of their attributes unless there is a rational basis for the difference in treatment. The requirement is that government action should be neutral whether facially or in application unless there is a good reason for the disparate treatment . Ordinarily all government action that is facially discriminatory on the basis of sex, gender, race, tribe, religion, belief or sexual orientation is unlawful and any classification on the basis of sex, race, tribe, belief or religion is presumably unconstitutional.
Therefore to succeed on a claim for discrimination you must show that:
i. An individual or class of individuals is treated unfavourably or differently (called difference in treatment) without a justification for the difference in treatment ;
ii. By comparison to how others, who are in a similar situation, have been or would be treated;
iii. And the reason for this is a particular characteristic they hold, which falls under a ‘protected ground’; and
iv. And if none facially that the government intended to discriminate against the affected group.

THE CASE OF IG OFFICERS.
As part of their contract of employment, officers of the Inspectorate of Government are entitled to gratuity which is paid in December of each year. However Uganda Revenue Authority charges income tax on the gratuity under the Income Tax Act. The Inspectorate of Government (IG) officers allege that they are being discriminated against because the gratuity payable to other Government employees is not similarly taxed. Section S.21 (1) of the Income Tax Act exempts pension (only) from taxation whereas section 8 of the Pensions Act exempts pension and gratuity granted under it from taxation. On the other hand section 19(1) of the Income Tax Act provides that gratuity is taxable income. The contention is that by exempting the gratuity payable under the Pensions Act from taxation, government is classifying its employees into pensionable public officers whose gratuity is tax exempt and none pensionable public officers (including private sector workers) whose gratuity is not tax exempt. The government is classifying workers into two categories and giving one category less favorable treatment and consequently denying them equal protection of the law.
In Katureebe Eridad and another v URA , the High Court considered a similar issue regarding the taxation of gratuity and terminal benefits. According to Eldad Mwangusya J, the Pensions Act only applies to pensionable public officers and therefore gratuity and terminal benefits not granted under it are taxable. In addition in the Supreme Court in Uganda Revenue Authority V Kajura SC CIVIL APPEAL N0.09 OF 2015, held that terminal benefits or golden handshakes are in other words gratuity and they are compensation from a terminated contract and are taxable under S. 19(1) (a) and (d) of the Income Tax Act (ITA). If they were exempt, the legislature would have expressly stated so under S.21 of the ITA. Neither the High Court nor the Supreme Court addressed the issue of whether the difference in treatment between pensionable officer and none pensionable officers (including public sector employees) under the Pensions Act is lawful within article 21(1) of the constitution of Uganda.
The implication of this issue not being considered in the cases is that the cases do not constitute precedents on the issue of discrimination and thus it is not necessary to overcome them in order to succeed on the issue of discrimination. Even if the cases were precedents on discrimination the Supreme Court can depart from its previous decisions and courts have usually done so . Though courts will not lightly depart from their earlier decisions, the discrimination issue was not decided in these cases and therefore there is no precedent to overcome.

STATUTORY SCHEME IN ISSUE
The following should be noted:
a) Section 19(1) (a) of the ITA lists gratuity as employment income which is taxable under section 4;
b) Section 8 of the Pensions Act exempts pension and gratuity payable under the Act from taxation;
c) Section 21((1) (n) of the ITA exempts a pension from taxation;
d) Judicial officers, police officers and military personnel are exempt from income tax;
e) Public servants under the Pensions Act are paid both gratuity and pension tax free; and
f) The formula for computing pension is as follows:
P = LS x Sal
500
Where P is Pension, LS is the length of Service in months, and Sal is the annual salary on retirement .

THE CASE FOR DISCRIMINATION
EVALUATION OF THE IG OFFICER’S CASE
The Supreme Court in Uganda Revenue Authority V Kajura did not address the issue of discrimination within article 21 and it is highly likely that had the issue been raised the court would have ruled differently. Though a court can decide a case on the basis of an argument or defense or cause of action not raised by the parties after giving them a chance to be heard, this is at the discretion of court because the court will ordinary decide on the issues as presented to it by the parties .