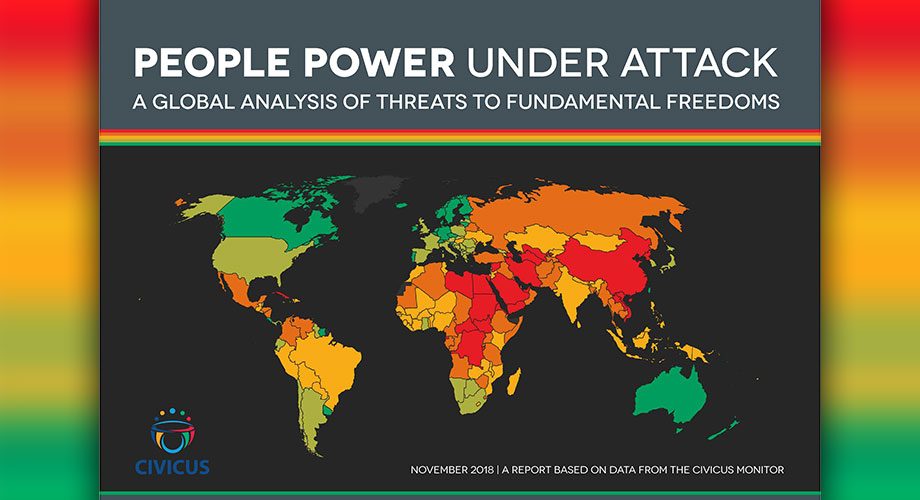 To neutralize the influence of NGOs and intimidate them into silence and reduce their criticism of government policies, autocratic governments create restrictive laws that punish NGOs that refuse to adhere to the positions favored by the government. NGOs in Uganda operate in a very hostile and oppressive environment whereby they are arbitrarily closed, their bank accounts blocked and their staff arrested. For example in 2019, lawyer Nicholas Opiya of Chapter 4 was arrested on bogus charges of money laundering without reasonable cause. In 2021, more than fifty none government organizations were closed under the pretext of not filing returns without an opportunity to be heard and due process of the law.

In a country where freedom of speech, assembly and press is virtually none-existent, it is very predictable that civil space is also severely restricted. Freedom to advocate and petition the government is intertwined with freedom of speech and assembly to the extent that a restriction of one is a violation of the other. As the government increased its crackdown on dissenting voices, it intensified its intimidation and harassment of Civil Society organizations to the extent of banning the activities of operations of the Democratic Governance Fund (DGF) which is funded by European countries that are large donors to Uganda. The government was incensed because DGF was funding NGOs working on accountability, transparency and governance issues on which the government fails miserably. If the government can act against a donors that provide trillions in financing to it, it means that its tolerance for dissent outweighs even its need for financing to finance its priorities.

Donor funding is crucial to the survival of civil society organisations because it is the main sources of funds that cover the personnel and operation costs of the civil society organisations. However, the demand for donor funding far exceeds the available funding. Given the limited local fundraising opportunities that are available to civil society organisations, there is stiff competition for donor funds. Employees of donor agencies including development agencies such as USAID, DFID, SIDA, JICA and many others take advantage of the desperation for funds and scarcity to demand huge kickbacks from applicants for funding. For example, employees of DGF in Uganda, would approach an applicant for funding and agree with the applicant that in exchange for ensuring the approval of the applicant’s funding request, twenty percent of the approved funds have to be paid to them as commission or kickbacks. Therefore, if one billion in funding is approved for ugface, employees of DGF are paid two hundred million and ugface has to submit falsified accountability for the two hundred million paid as kickbacks.

When a person wants to embezzle funds in an organisation that does not make direct cash payments, that person will requisition or request for funds to carry out any activity, either carry out the activity without paying any one, forge payment schedules and receipts or not carry out the activity at all and forge attendance lists, payment schedules and receipts. This is most common methodology or tactic used to embezzle organisation funds. Sometimes it takes the form of laundering money through nominee service providers whereby the thief pays money to the account of the nominee organisation which thereafter withdraws the money from its bank accounts and issues a receipt for work or services it did not perform.

Non existent employee on the payroll

Another devious technique of laundering and embezzling organisation funds is through creating ghost employees and placing them on the payroll. This is a tactic most commonly used by government agencies that is also popular with civil society organisations. Those that are very sophisticated create false personas with fake bank accounts and falsified identities that in reality are their nominees placed on the payroll. Those that are less sophisticated use real people who are actually accomplices that receive a share of the embezzled money. After the money has been paid in the bank account of the nominee, the corrupt individuals are able to access it and distribute it amongst themselves.

Procurement related corruption within civil society organisations ranges from engaging companies owned or connected to the decision makers, inflated prices for goods and services to payments to nominee companies without the company(ies) providing work or services at all or without providing work or services of equal value. The most prevalent form of procurement related corruption is paying inflated prices in exchange for kickbacks and award of contracts to service providers who have paid bribes to the decision makers. Inflation of prices is so common that in Uganda to the extent that organisations pay prices that are double or triple the market price.

In civil society organisations it is very common to find that jobs and contracts are awarded to family members, friends and relatives. In most of the civil organisations in Uganda the work force is composed of people that first worked in the organisation as interns or volunteers that were later assimilated into the organisation work force. Though such on job training opportunities are admirable and are a legitimate method of building a competent workforce, the opportunities are usually given to relatives, family and friends rather than through a transparent and competitive process. The end result of such a practice is a homogeneous workforce made up of persons hired on the basis of patronage, tribalism and nepotism. For those that are sophisticated enough, the nepotism is more complicated, for such persons, a decision maker in one organisation (B) hires the relative or child of person A, person B hires the relatives and friends of Person C and Person C hires the relatives and friends of person A thus making it virtually impossible to prove tribalism and nepotism against the persons involved.

Advertising jobs that are already filled

Non Government Organizations in Uganda advertise hundreds of jobs every year but more than three quarters of the advertised positions are already reserved for a specific candidate who is either already working with the organization or connected to a decision maker within the organization. Due to donor requirements for competitive hiring, NGOs in Uganda undertake bogus recruitment processes yet they have a specific candidate for the position in issue. In the process unemployed Ugandans are fused to spend time and resources applying and competing for a job that is not available. This conduct is not only unconscionable but also very callous especially because such unemployed individuals usually lack the resources to compete for bogus job opening. Until the government intervenes and imposes a duty of care on employers not to advertise jobs that are already reserved for a specific person, Ugandans will continue to be oppressed by NGOs.