How to deter and stop corruption before it happens in Uganda using active policing. 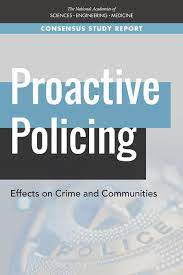 Normal policing procedures usually operate as a mere band aid or post mortem as it is sometimes referred to because they focus on solving a criminal offense after it has happened. Despite the above criticism, successful investigations and the resultant convictions have a deterrent effect where the sentence handed to the criminal is high enough to deter potential criminals from engaging in criminal behavior. However in many instances, organized crime is so lucrative that it is worthwhile for criminals to engage in the criminal activities and therefore, the potential for high imprisonment sentences is not an effective deterrent. Sometimes the proceeds of criminal activities are so satisfying as compared to the risks of arrest and imprisonment that even a death sentence has no deterrent effect especially where there are sufficient ways to game or corrupt the system such as bribery, silencing witnesses and the lure of power and riches.

Due to the weaknesses of ordinary policing especially the dire consequences of the crime and the in ability to sufficiently remedy them, proactive policing provides law enforcement agencies with the ability to prevent criminal activities before they are executed and investigative success in documenting and obtaining evidence against organized criminals.