Mr. Kyagulanyi Robert aka Mr. Ghetto President. I was very excited about your platform before the 2021 election and secretly thought that you had good odds of successfully deposing the “dictator”. However you failed to adequately address many of my anxieties and those of many Ugandans. Maybe you didn’t lose as badly as the results announced by the Electoral commission show but if the truth should be told, you did lose the 2021 Presidential election. Many of those that put their hopes in you hold onto the delusion that you won the election but you did not. To be clear, if the election had not been marred with intimidation, threats, misuse of state resource and voter suppression you might have won the election but unfortunately you are unlikely to have such an election anywhere in Africa.

Mr. Kyagulanyi Ugandans have a lot of questions that you failed to answer during the campaign. We agree with you that you did not have sufficient time to convince us of your platform and that the campaigns were oppressive and unfair but you knew that from day one. You knew that the crooks would obstruct you every where you go, arrest you and your supporters and intimidate the media into silencing you. You failed to prepare for those eventualities which were predictable and which you were well aware of. Next time please strategize better and anticipate all the obstacles that the crooks will throw in your way. You should have known that you needed to win a special majority of the votes to become the president of Uganda. Mr. Kyagulanyi Ugandans are still wondering and will continue to wonder in 2026 and beyond about your platform. So please address the weaknesses below.

Mr. Kyagulanyi, you have four more years to explain to us what you stand for and to plan for 2026. You face an uphill task to depose the so called dictator. You will be well served by a soul searching exercise aimed at understanding why you lost in 2021 and what you need to do to win in 2026. You should know that nothing less than a Landslide victory in every part of Uganda can ensure your assent to the the presidency. Maybe improve your local fund raising, build a few radio and tv stations of your own, open a few offices upcountry and find three more running mates each from a different region of Uganda. You are better served by finding running mates that are loyal to Uganda rather than to you or the status quo. 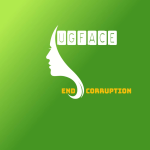 The Life of a refugee in Uganda is bleak, full of hopelessness, chaotic and unsavory. Why we should ensure a peaceful transition of power in Uganda.